Just a few of the projects we've worked on over the years...

The University of Washington owns a 50,000 s.f. stretch of highly-visible commercial space, known as Pac Ave, in beautiful historic building stock as part of it’s campus in Tacoma, WA.  But by 2013 the asset’s performance was an issue—7 of 25 spaces were vacant, while several operators were arrears in rent and a number of others were performing at a low level.  In 2013 our team was hired to conduct a market analysis and develop a re-tenanting strategy for their property; we then trained a retail advocate to implement the plan and seek out quality operators to fill space.

Today all spaces along Pac Ave are filled, and rental income and pass-through charges have increased 48%. Among others, tenants today include: University Bookstore, Starbucks, Elemental Pizza, Urban Xchange, Satori Apparel, London’s Salon, and Tinkertopia.  The City of Tacoma is now attempting to emulate the retail strategy; it recently hired Downtown Works to create a plan for the core of downtown Tacoma.

Crissy Cassetty, Retail Recruiter for the Nashville Downtown Partnership, reports that today downtown Nashville is getting a great deal of attention from top U.S. restaurateurs who are looking to expand their operations, which is also spurring renewed interest from local and regional restaurateurs and retailers. As Crissy put it,

“Key prospects are looking at spaces that they would never have considered just five years ago.  I am in a position now where top local retailers know who I am and what our plan is for restoring downtown as a shopping destination.  Downtown Works has played a very important role in this shift. Without a detailed merchandising mix plan in place we would not have had such success. The team’s knowledge about store merchandising and development has helped our existing retailers with their sales and marketing. In one instance, a retailer’s sales went up 51% after their consultation!  I know that Midge and Kelly are only a phone call or email away, and I take comfort in their participation in our efforts.”

The 36-acre project includes the 100,000 s.f. Global Innovation Exchange (GIX) research facility, a collaboration between major research universities and companies from around the world, and the new headquarters for REI.

Wright Runstad hired Downtown Works in early 2018 to help them best plan for 100,000 s.f. of retail throughout The Spring District.  Our team analyzed the consumer market and developed a merchandise mix plan and retail proformas to guide brokers in their prospecting efforts. 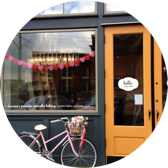 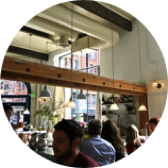 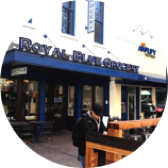 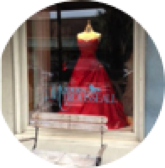 In 2012 we completed a Retail Strategy for Seattle’s Pioneer Square Alliance, and helped the organization hire and train a retail advocate. Since then more than three dozen qualified restaurants and shops have opened for business in the district, including London Plane (by James Beard 'Best Chef Northwest' award winner Matt Dillon) Copal, Cone & Steiner, Clementines and Velouria. 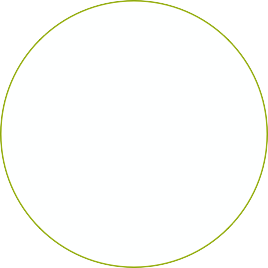 To start a conversation and learn more about our method and results from our work, email us: